The first rule for acquiring your own personal BART car: Come in with the mind-set that you’re really adopting a BART car, not just buying it.

But as we get closer to the Jan. 1 formal proposal starting date, it’s clear the transit officials see this less like a financial transaction, and more like finding the right foster home for a beloved family member.

In other words, there are a lot of rules. You can’t leave your BART car at Burning Man. You may not be able to use BART logos on your new car. And you can’t dump it in the ocean to make a reef for the fish. (The cars are aluminum; fish, it turns out, prefer steel railcars.)

We quizzed BART chief communications officer Alicia Trost and special projects manager Brian Tsukamoto to get more details about the cars, which BART will give away for a “cost neutral” price (the cost of transporting one, $8,000 to $10,000, is the starting point) to the right home.

All to say, it’s best to think of your new BART car as a 22-ton rescue animal. Complicated, but also potentially very rewarding.

Q: How old are the cars?

A: BART still has hundreds of cars in circulation from 1972, the transit agency’s first year of operation. Trost said the 1970s cars are more reliable than a 1990s replacement fleet. They will also likely be the most desired cars to the public, with their classic slanted nose design. 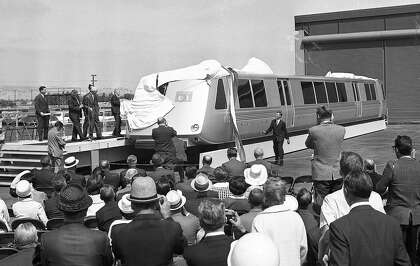 Q: Can I keep the BART logos?

A: Don’t count on it. Standard practice for the agency is to remove all BART signage plus the car number before it leaves BART. Interior signage and seat padding are stripped as well.

As for those who might want a “stock” BART car, Trost and Tsukamoto said they would be accommodated on a case-by-case basis. Museums, for example, or public installations that celebrate BART.

“They’re going to want the car to look like a BART car with the seats and the interior intact,” Tsukamoto said. “And we can definitely do that. They’re not going to be operational, obviously. The idea is you can have a car as you’re accustomed to seeing it now.”

“If you want to do a restaurant with booth seating with BART seats, we’re going to help you do that,” Tsukamoto said. 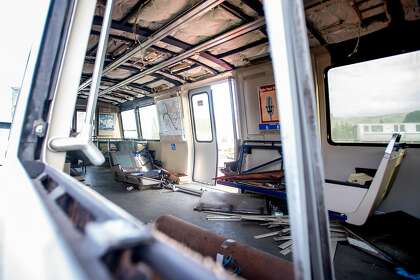 Q: Can I bring my BART car to my annual event in the desert, and then burn the car in effigy at the end?

BART officials say they are wary of using cars for pop-ups, festivals or any other groups that don’t have a crystal clear lifetime and recycling plan for the car.

“That’s why we keep saying in the guidelines that there needs to be a complete life span,” Trost said. “What we want to prevent is something that’s brought in and then left, without any sort of ownership. You can’t put it on the side of the road and abandon it there.”

There’s also a sort of morals clause built into the application process: “Proposal must have a positive impact on BART’s brand and must not bring reproach upon the District or other entities or persons.”

Q: Can I buy a BART car for use on my private property, like a pool house or bomb shelter?

BART superfans who have a specific plan for the car can buy one for their property, like the hundreds of Candlestick Park seat owners in the Bay Area.

“There’s a great story out of Toronto — a young transit fan bought a Toronto railcar, and took it to his farm,” Trost said. “The railcar has its own Twitter account and blog. We love that. If you have the means and you give us the guarantee that there’s a retirement plan and recycle plan once you’re done with it. That’s something that we’re open to.” 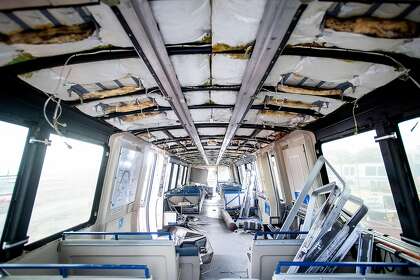 Q: Will my new BART car seep hazardous materials into my neighborhood?

A: Tsukamoto responded with a confident “no,” and gave a detailed breakdown.

“We do drain all liquids from the cars. All hazardous materials are removed,” he said. “The batteries, fluorescent lighting, the HVAC units and the freon, the oils. Any liquid is drained, that’s a given. And that’s whenever they leave the yard, regardless of where we’re going.”

Q: We’re assuming the BART fleet is stored indoors. Can a car stand being outdoors 24/7?

A: This was the only point when Trost and Tsukamoto actually laughed at me.

“Do you think we have covered space for 700 cars?” Trost responded.

While a nearly 50-year-old fleet has many major problems — mostly involving obsolete parts — leaks are not high on the list. The outside shells have lasted 50 years under rain, hailstorms and apocalyptic skies in an outdoor lot, and presumably could last another 50. “The shell has a good structural integrity,” Trost said. 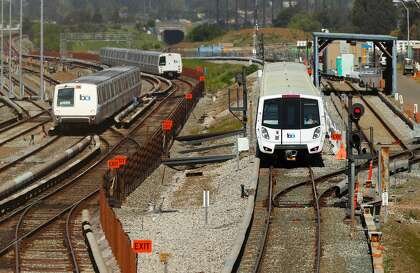 Q: What kinds of groups have shown interest so far?

A: With the formal proposal process months away, Trost and Tsukamoto declined to name names.

But they said among the groups expressing interest are multiple Airbnb owners, a local brewery and at least one local sports team. (Oakland Athletics President Dave Kaval showed interest publicly in a January 2019 tweet.) Also putting in requests:

• Multiple homeless advocates who would like to use decommissioned BART trains for shelters.

• And is “Die Hard 6: BART Harder” in our future? “We’ve had one (inquiry), and it’s not specific, for a movie production,” Trost said. “A request to use it for a movie studio for a movie.”

Q: How many cars has Marc Benioff ordered?

A: In addition to being a wealthy and aggressively civic-minded San Franciscan, Salesforce founder Marc Benioff is also the grandson of former San Francisco Supervisor Marvin Lewis, who pushed hard for the system beginning in the 1940s, and is recognized as the father of BART.

BART officials have reached out to Benioff on social media, but haven’t heard a response … yet.

Q: New York transit officials have dropped their railcars in the ocean to create artificial reefs. Shouldn’t we do that too?

A: Not if you like the fish. Aluminum railcars that aren’t specially treated corrode much faster than steel ones, and support a much less diverse assortment of sea life, according to the 205-page “Guidelines for Marine Artificial Reef Materials.” (Fun pandemic reading.) 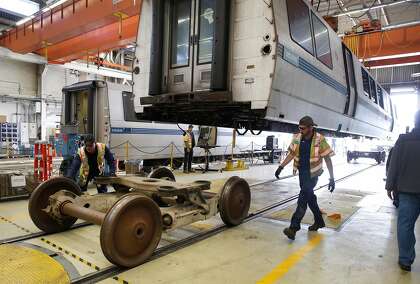 A: Probably not, but BART is still figuring that out.

Trost said she could imagine an online store where people could buy things like a train operator handle, or part of the shiny blue BART car piping made into jewelry or another keepsake. BART officials anticipate some interested parties may just want part of the BART car, such as the nose.

“We’re excited. We have to figure out a way to make it cost neutral,” Trost said. “It comes down to resources, staffing time, and the timing for the cars.”

Can you print a circle in the browser console?

How Do Computers Communicate – A Complete Guide

I Was Wrong About Roam Research