Wayland on NetBSD – trials and tribulations

After I posted about the new default window manager in NetBSD I got a few questions, including “when is NetBSD switching from X11 to Wayland?”, Wayland being X11’s “new” rival. In this blog post, hopefully I can explain why we aren’t yet!

Last year (and early this year) I was responsible for porting the first working Wayland compositor to NetBSD – swc. I chose it because it looked small and hackable. You can try it out by installing the velox window manager from pkgsrc. 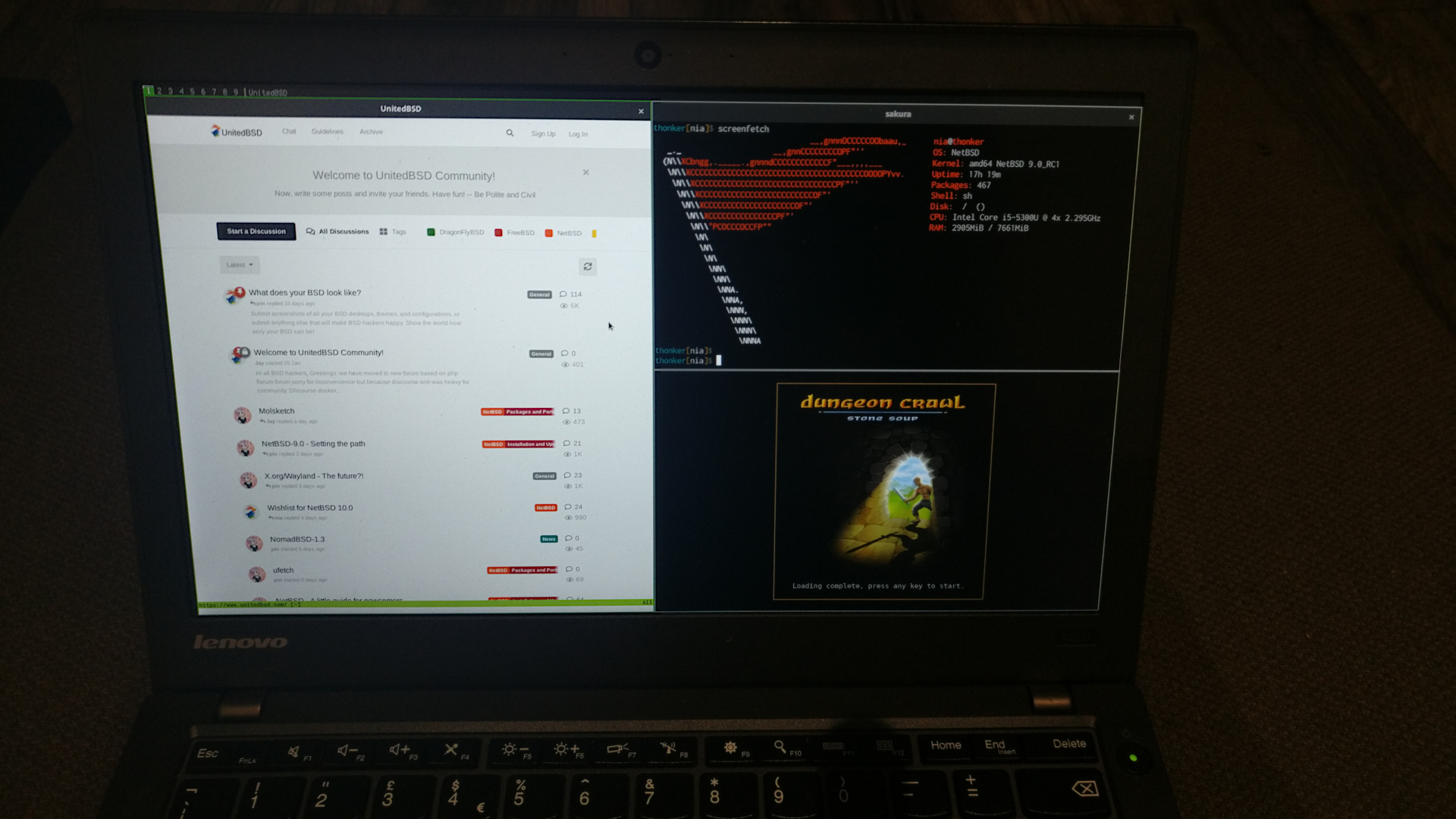 In a Wayland system, the “compositor” (display server) is responsible for managing displays, input, and window management. Generally, this means a lot of OS-specific code is contained there.

Wayland does not define protocols for features X11 users expect, like screenshots, screen locking, or window management. Either you implement these inside the compositor (lots of work that has to be redone), or you define your own protocol extension.

The Wayland “reference implementation” is a small set of libraries that can be used to build a compositor or a client application. These libraries currently have hard dependencies on Linux kernel APIs like epoll. In pkgsrc we’ve patched the libraries to add kqueue(2) support, but the patches haven’t been accepted upstream. Wayland is written with the assumption of Linux to the extent that every client application tends to #include because Wayland’s designers didn’t see the need to define a OS-neutral way to get mouse button IDs.

So far, all Wayland compositors but swc have a hard dependency on libinput, which only supports Linux’s input API (also cloned in FreeBSD). In NetBSD we have an entirely different input API – wscons(4). wscons is actually fairly simple to write code for, someone just needs to go out there and do it. You can use my code in swc as a reference. 🙂

In general, Wayland is moving away from the modularity, portability, and standardization of the X server.

Is it ready for production?

No, but you can play with it.

I’ve decided to take a break from this, since it’s a fairly huge undertaking and uphill battle.
Right now, X11 combined with a compositor like picom or xcompmgr is the more mature option.

How I Manage My Random Daily Notes

A Byte of Coding – A curated newsletter of programming articles