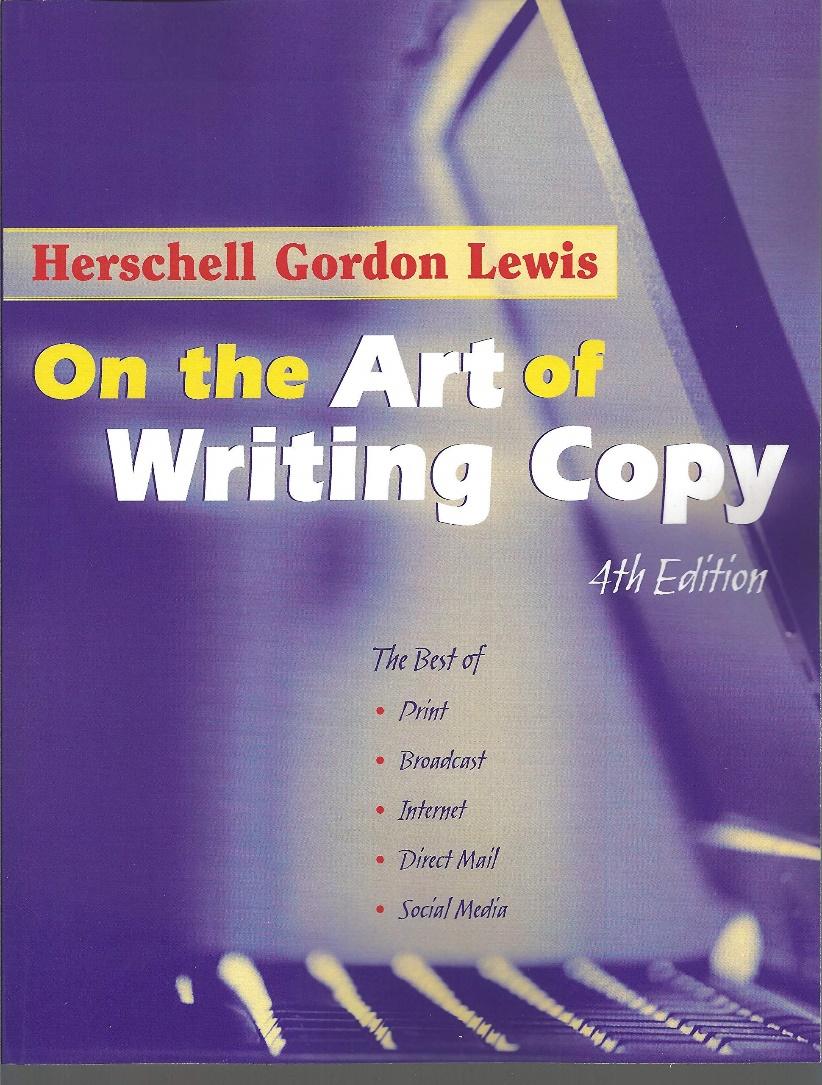 Although Hershell Gordon Lewis is more famous for being

‘the father of gore’ (a genre of horror film with graphic violence), he was unquestionably one of the best direct-response copywriters of the last 50 years. With the rise of DTC (Direct-To-Consumer) ecommerce companies like Dollar Shave Club, Casper, Third Love and others, his insights are as urgent as they are relevant!

I dusted off my old, dog-eared copy of his classic On The Art of Writing Copy and distilled the eight lessons below. I’ve tried to adapt them for the web and mobile worlds.

Hucksterism is creativity run amok. Creativity for creativity’s sake that does nothing to increase the selling power of a direct response piece or landing page. In many cases, it actually hurts sales.

The more famous David Ogilvy has called it the ‘cult of creativity’.

Hucksters usually don’t test their creatives. Below are some examples of hucksterism from his book, followed by one modern one.

Examples from the book 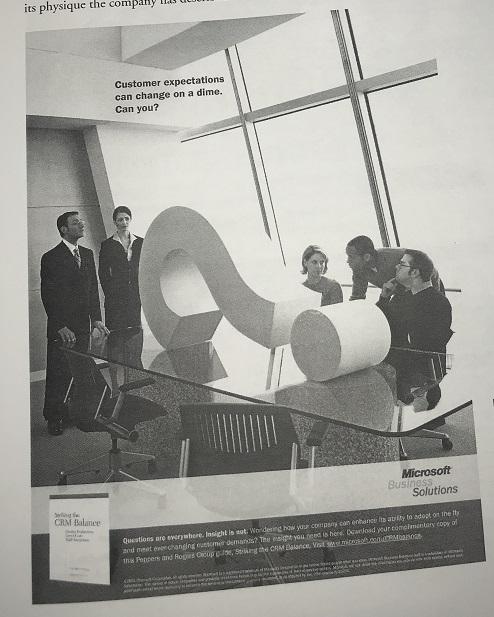 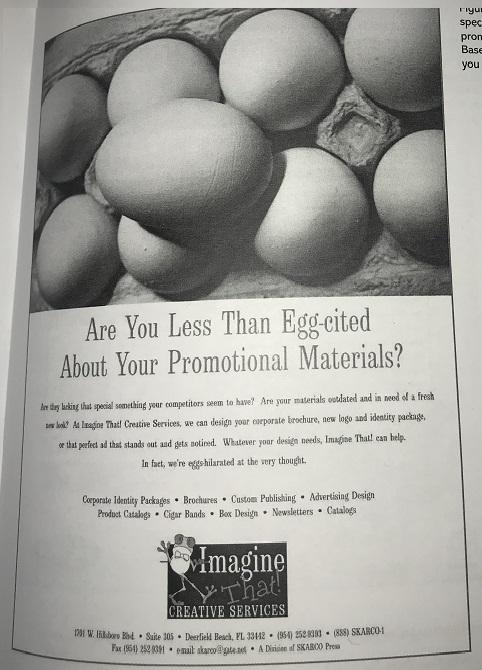 Our friends at Conversion Rate Experts redid the Earth Class Mail page below and changed the main headline from “Snail Mail, meet internet” (hucksterism) to “Get your mail scanned, shredded or deposited in your bank—all for one low monthly fee” (a benefit oriented headline that clearly describes the service)

To be fair, this was a mild form of hucksterism, but curing it had a dramatic effect on the conversion rate—61% more leads. 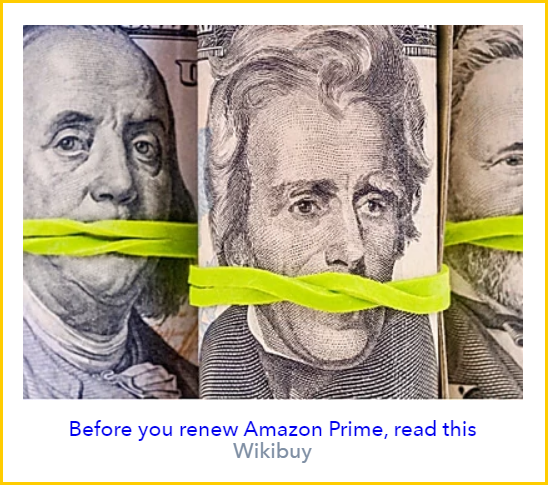 This ad ran from January to April 2020 on various news sites. It is curiosity driven and sometimes this works, but for every time you hit with an ad like this you will miss 99 times. It likely produced some kind of result otherwise it would not have run so long. But just because a campaign ‘pulls’ a little doesn’t mean it is the best it could possible be.

Lewis offers a handy tip for avoiding hucksterism: After your landing page is done, how well does it answer this question: Why should someone buy what I have to sell?

In the first mobile screen-full, do I understand what your product does? Most traffic is mobile these days, and mobile traffic is notoriously fickle. As Karl Blanks likes to say, with a single click on the browser’s back button, they terminate your existence—and you neither survive nor reproduce!

Lewis calls this the Reverse Kennedy Rule: do I understand what it will do for me? (a nod to President John F. Kennedy’s famous speech where he exhorted Americans to “Ask not what your country can do for you? Ask what you can do for your country”)

Verisimilitude simply means believability. I am not sure why Gordon flouts his own advice and uses “verisimilitude”, a word which few people know—I had to look it up too. If people don’t understand what you are talking about, they will not buy what you are selling!

But now that we are past what it means, here are his commandments on verisimilitude, that most elusive of things in today’s hype-fueled marketing world:

Commandment 1: Regurgitating all the facts, undigested, results in poor sales. Pick the essential few that the prospect perceives to be true and beneficial.

Commandment 2: Consistency prevents build up of skepticism, which erodes verisimilitude.

Commandment 3: Evidence is more credible than an unexplained statement of position.

Testimonials can be a powerful form of evidence and the right kind can do wonders for your verisimilitude.

For example, the baby formula brand Enfamil has a product called Neuropro that touts its brain building nutrients. Their marketing collateral talks about MFGM and DHA, the two active ingredients. The science is sound, and their use of doctor authority lends lots of credibility. 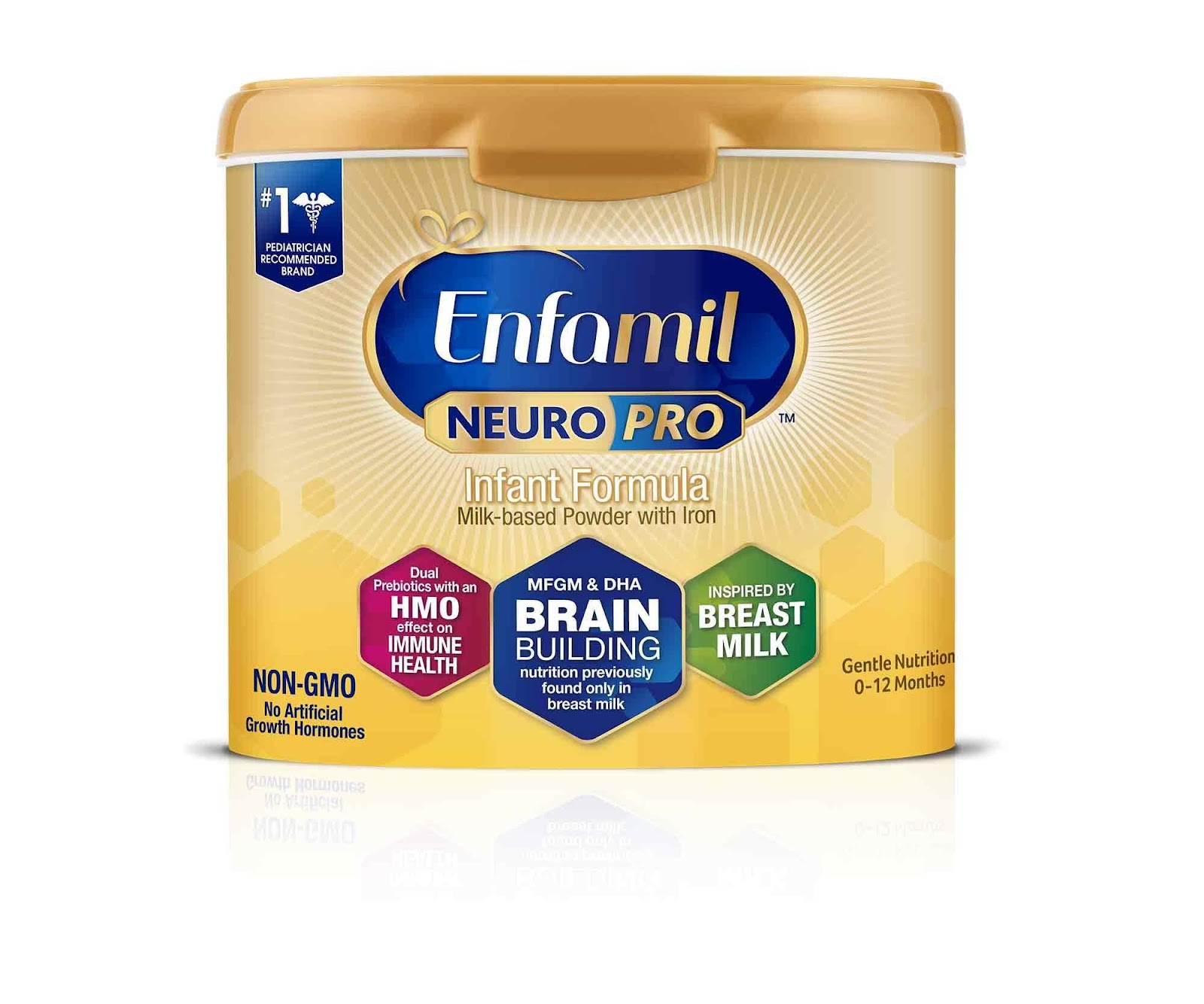 But the testimonial below from their public Facebook group turns oozes verisimilitude, in part because of the poor grammar. A more polished testimonial would not have the same effect.

We Have Big Faith in God but Also with NeuroPro

“We chose NeuroPro since daughter’s Neurologist found her right brain is a little smaller than her left brain. She was only 2 months old when she had to go thru MRI of brain. When she was 7 months old, she had another MRI. She has now have a normal brain size for her age. We have big faith in God but also with NeuroPro!”

While it is unlikely their compliance team would approve this for official use, I have no doubt it is persuasive to parents trying to decide between Enfamil, Similac or some other baby formula.

By the way, Flint McGlaughlin, another noted scholar of direct response marketing, summarizes this holy trinity like so. Before the prospect buys your product s/he must arrive at three conclusions:

I understand it [clarity]

I believe it [verisimilitude]

I want it [because I perceive the benefit]

When great thinkers arrive at the same idea independently, we should pay attention!

When a marketing piece falls flat, be it a landing page, email sequence or YouTube video ad, chances are it is not leaning heavily on one or more of these five great motivators:

Greed: This doesn’t need much explanation. Just hang out on YouTube for a few minutes and someone will try to sell you a get rich quick scheme. I suspect that if YouTube shut these guys down (95% are guys) they would lose a good portion of their revenue!

Fear: This is the premise of most types of insurance and security products, each a multi-billion-dollar industry.

Guilt: Flowers, for men who like to double dribble. Toys, for parents who’ve been neglectful.

Need for Approval: Anything that people buy to “keep up with the joneses”

As an example, Lewis cites one of the most successful ads in direct response marketing history, John Caples’ They Laughed When I Sat at the Piano. But When I started playing… 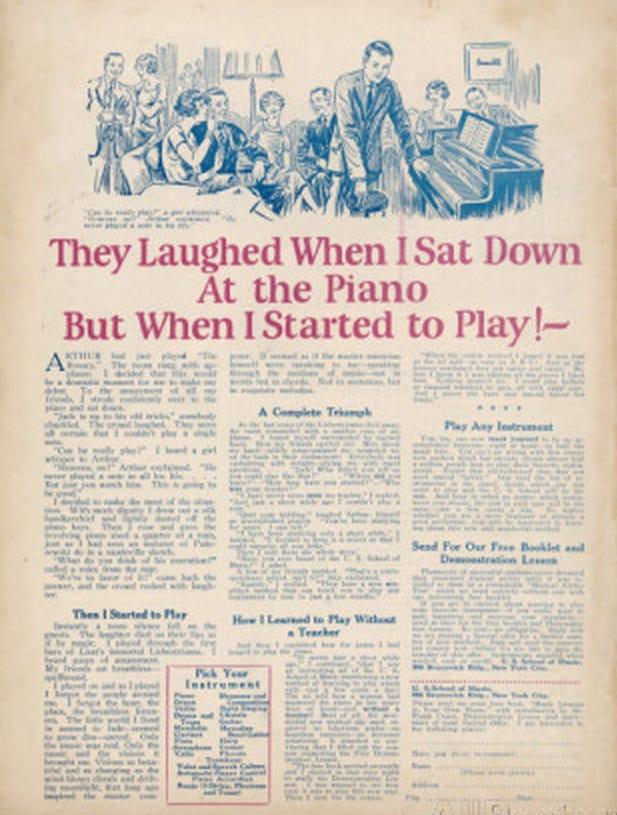 The product being sold is music lessons, and the predicament being solved is social embarrassment.

Within the first few seconds of seeing your ad or landing page, it should cause your ideal prospect to nod and silently say “yes, I have this problem”. And once this happens, they are much more receptive to your solution.

Campaigns that have this quality are always more successful than those that don’t. All the Huckster examples above fail to do this. 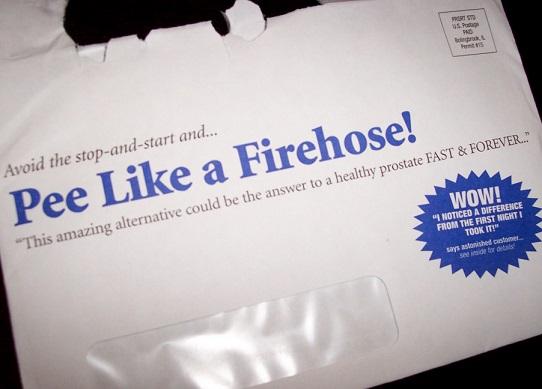 For a man with prostrate issues this is a godsend.

Lastly one more, from the SaaS industry. One of our clients showed the CEO of fast-growing company what their product does. His eyes lit up, he became animated and said “this will help us reduce our AWS bills by this much? I am willing to meet with you all day”

Conversely, if you want it to seem short, reverse the rule. 60 seconds versus one minute.

There is difference between actual and perceived time, and you can use this to your advantage.

You can control the reader’s reaction without changing the facts.

Some words are alive, others dead or neutral at best. Consider the statement below from a restaurant ad.

“All baking done on premises”

This sounds like something a lawyer would write. A better way to say it is:

“We bake our own rolls, bread, cakes and pies”

Using the active voice enlivens it as does the specificity. Remember, specificity sells.

Don’t say “made” instead say “crafted” or “formulated”

Most of the time, any word that does not aid clarity or convey benefit weakens your copy. Hershell calls these globules of fat that should be trimmed to leave only muscle. Below are some examples:

You English teach would concur with Lewis. But he also advises that copywriters are not grammarians. Sometimes, you should violate the rules and use strategic redundancy for emphasis: as in the phrases below. Something is lost if we remove the redundant word:

The Redundancy control rule: Use redundancies when you want the reader to know you’ve repeated or doubled words to show emphasis.

[*] As with all rules, skilled practitioners know when to violate them to produce winning copy, for example the ID Centric ad. They tout the quality of their data and the illustration has the reader nodding “yes, I get the point!” 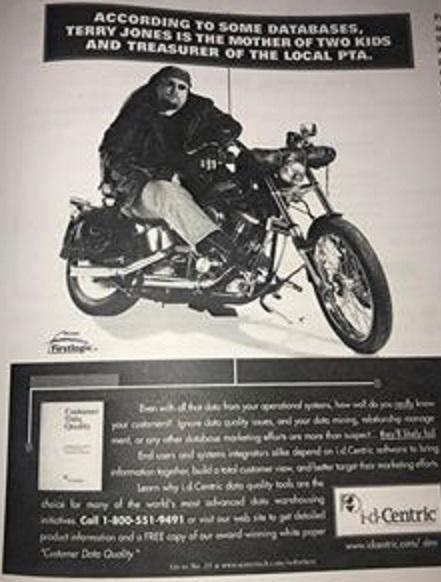 The Timing of Evolutionary Transitions Suggests Intelligent Life Is Rare