The final part of my Life series is still in the works but I need to interrupt that series with some exciting news. The new programming language I have been working on for the last year or so has just been announced by the publication of our paper Bean Machine: A Declarative Probabilistic Programming Language For Efficient Programmable Inference

Before I get into the details, a few notes on attributing credit where it is due and the like: 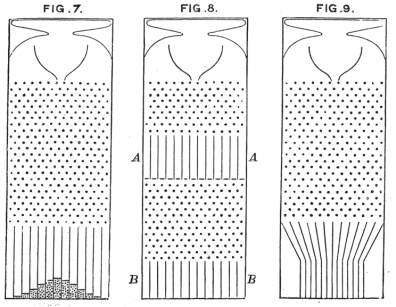 I will likely do a whole series on Bean Machine later on this autumn, but for today let me just give you the brief overview should you not want to go through the paper. As the paper’s title says, Bean Machine is a Probabilistic Programming Language (PPL).

For a detailed introduction to PPLs you should read my “Fixing Random” series, where I show how we could greatly improve support for analysis of randomness in .NET by both adding types to the base class library and by adding language features to a language like C#.

If you don’t want to read that 40+ post introduction, here’s the TLDR.

We are all used to two basic kinds of programming: produce an effect and compute a result. The important thing to understand is that Bean Machine is firmly in the “compute a result” camp. In our PPL the goal of the programmer is to declaratively describe a model of how the world works, then input some observations of the real world in the context of the model, and have the program produce posterior distributions of what the real world is probably like, given those observations. It is a language for writing statistical model simulations.

A “hello world” example will probably help. Let’s revisit a scenario I first discussed in part 30 of Fixing Random: flipping a coin that comes from an unfair mint. That is, when you flip a coin from this mint, you do not necessarily have a 50-50 chance of getting heads vs tails. However, we do know that when we mint a coin, the distribution of fairness looks like this:

Fairness is along the x axis; 0.0 means “always tails”, 1.0 means “always heads”. The probability of getting a coin of a particular fairness is proportional to the area under the graph. In the graph above I highlighted the area between 0.6 and 0.8; the blue area is about 25% of the total area under the curve, so we have a 25% chance that a coin will be between 0.6 and 0.8 fair.

Suppose we mint a coin; we do not know its true fairness, just the distribution of fairness above. We flip the coin 100 times, and we get 72 heads, 28 tails. What is the most probable fairness of the coin?

Well, obviously the most probable fairness of a coin that comes up heads 72 times out of 100 is 0.72, right?

What we have to do here is balance between two competing facts. First, the fact that we’ve observed some coin flips that are most consistent with 0.72 fairness, and second, the fact that the coin could easily have a smaller (or larger!) fairness and we just got 72 heads by luck. The math to do that balancing act to work out the true distribution of possible fairness is by no means obvious.

What we want to do is use a PPL like Bean Machine to answer this question for us, so let’s build a model!

The code will probably look very familiar, and that’s because Bean Machine is a declarative language based on Python; all Bean Machine programs are also legal Python programs. We begin by saying what our “random variables” are.

Easy as that. Every usage in the program of coin() is logically a single random variable; that random variable is a coin fairness that was generated by sampling it from the beta(2, 2) distribution graphed above.

Aside: The code might seem a little weird, but remember we do these sorts of shenanigans all the time in C#. In C# we might have a method that looks like it returns an int, but the return type is Task

What do we then do? We flip a coin 100 times. We therefore need a random variable for each of those coin flips:

Let’s break that down. Each call flip(0), flip(1), and so on on, are distinct random variables; they are outcomes of a Bernoulli process — the “flip a coin” process — where the fairness of the coin is given by the single random variable coin(). But every call to flip(0) is logically the same specific coin flip, no matter how many times it appears in the program.

For the purposes of this exercise I generated a coin and simulated 100 coin tosses to simulate our observations of the real world. I got 72 heads. Because I can peek behind the curtain for the purposes of this test, I can tell you that the coin’s true fairness was 0.75, but of course in a real-world scenario we would not know that. (And of course it is perfectly plausible to get 72 heads on 100 coin flips with a 0.75 fair coin.)

Finally, we have to tell Bean Machine what to infer. We want to know the posterior probability of fairness of the coin, so we make a list of the random variables we care to infer posteriors on; there is only one in this case.

and we get an object representing samples from the posterior fairness of the coin given these observations. (I’ve simplified the call site to the inference method slightly here for clarity; it takes more arguments to control the details of the inference process.)

The “fairness” object that is handed back is the result of efficiently simulating the possible worlds that get you to the observed heads and tails; we then have methods that allow you to graph the results of those simulations using standard graphing packages:

The orange marker is our original guess of observed fairness: 0.72. The red marker is the actual fairness of the coin used to generate the observations, 0.75. The blue histogram shows the results of 1000 simulations; the vast majority of simulations that produced those 72 heads had a fairness between 0.6 and 0.8, even though only 25% of the coins produced by the mint are in that range.  As we would hope, both the orange and red markers are near the peak of the histogram.

So yes, 0.72 is close to the most likely fairness, but we also see here that a great many other fairnesses are possible, and moreover, we clearly see how likely they are compared to 0.72. For example, 0.65 is also pretty likely, and it is much more likely than, say, 0.85. This should make sense, since the prior distribution was that fairnesses closer to 0.5 are more likely than those farther away; there’s more “bulk” to the histogram to the left than the right: that is the influence of the prior on the posterior!

Of course because we only did 1000 simulations there is some noise; if we did more simulations we would get a smoother result and a clear, single peak. But this is a pretty good estimate for a Python program with six lines of model code that only takes a few seconds to run.

Why do we care about coin flips? Obviously we don’t care about solving coin flip problems for their own sake. Rather, there are a huge number of real-world problems that can be modeled as coin flips where the “mint” produces unfair coins and we know the distribution of coins that come from that mint:

And so on; there are a huge number of real-world problems we can solve just with modeling coin flips, and Bean Machine does a lot more than just coin flip models!

I know that was rather a lot to absorb, but it is not every day you get a whole new programming language to explain! In future episodes I’ll talk more about how Bean Machine works behind the scenes, how we traded off between declarative and imperative style, and that sort of thing. It’s been a fascinating journey so far and I can’t hardly wait to share it.

I Still Use Vim